Ghanaian renown event organiser Sadick Assah popularly known as Sleeky Promotions a loyal fan of the member of parliament  of Asin North constituency Hon Kennedy Agyapong has made a very controversial suggestion saying the honourable deserves to be studied as a course in history of the Ghana education system.

He explains , Honourable Kennedy Agyapong  has not only satisfied the country Ghana and his constituency Asin North as a member of parliament but his effort and remarkable hard work has helped employed many citizens with his personal private businesses and he stated emphatically that the honourable plays a very crucial role in the decrease of unemployment rate on the government.

He added, Africans especially Ghanaians dont appreciate our good leaders, kennedy agypong and president Gaddafi,Mugabe and Kwame Nkrumah shares a similar history but the only opportunity Ghana have now is Kennedy Agyapong is alive now but some ignorant partisans are sleeping on his hard work and progressive contributions he says. 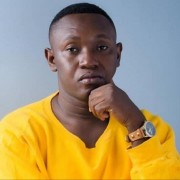